So, a couple of weekends ago we were all sick as dogs. The boys were running around, not letting their coughs interfere with playing, but my husband and I were feeling like spit warmed over. I had a whole Sunday ahead of me and I decided to do something productive. I mean, more productive than adding to the used tissue pile.

The last time my fabric store had a flannel sale I snagged a few different pieces. 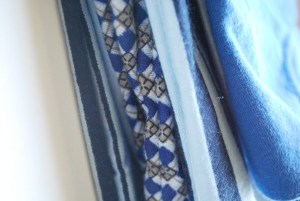 Blues were the dominant color, but I chose patterns that weren’t too baby-ish. I’m kind of done with puppies and kitties and duckies at this point.

I made a few sets of jammies with my boys’ initial on the t-shirt top. 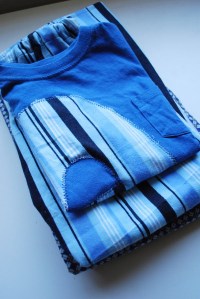 They share the same first initial, so handing them down to little brother won’t be a problem!

I also made a few fitted sheets and pillowcases 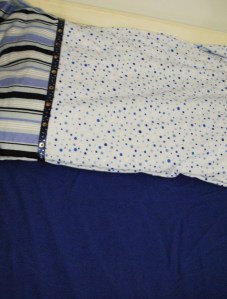 I found cute blue ribbon with moons and stars, I thought it fit the bedtime scheme, so I added it to the pillowcases 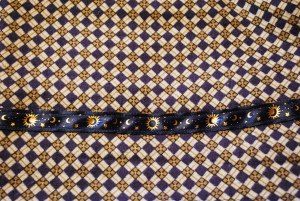 All in all I made 2 fitted sheets, 3 pillowcases, 3 sets of jammies and about 8 pajama pants. No, I didn’t make them all on that Sunday, but I started then, which is the toughest thing to do, to get started.

I get this silly “frontier woman providing for her family” feeling whenever my boys wear or use something I’ve made. It’s a great feeling.

4 thoughts on “I know what I did last weekend”

Gee, it's almost like not requiring masks or vaccinations or social distancing is NOT the way to go. Huh. If only we had science or something to give them a clue.
#thisisnotputtingkidsfirst
Fall in a nutshell.