The boys and I had some adventuring to do yesterday – we went to a local animal/science place called CuriOdyssey. It was a gorgeous morning in the Bay Area and although the whole thing was geared to kids a little younger than my oldest, he was a rock star and both boys enjoyed themselves. 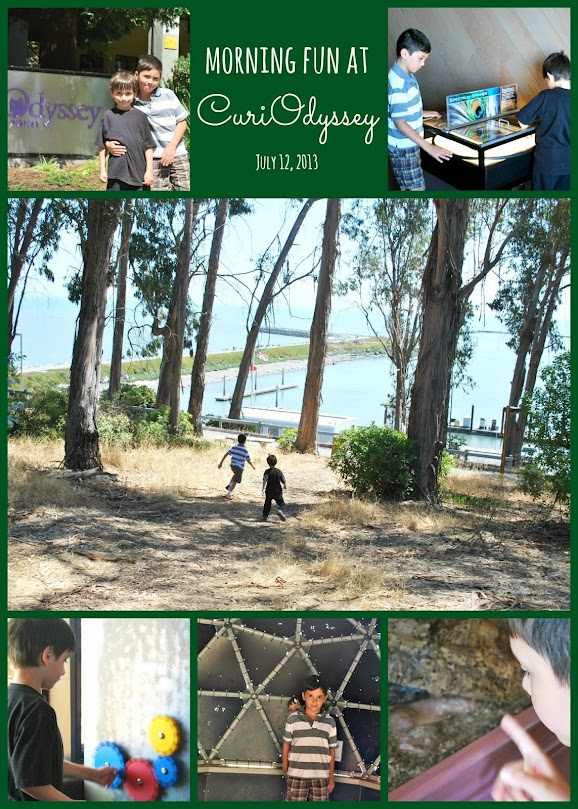 The animals at CuriOdyssey are rescues or unable to be released back into their natural habitats, there were otters, snakes, frogs, birds, all sorts of lovely local flora and fauna, as well as hands-on experiences. After a 10-minute stop at their gift shop, we headed back down 101 to get some cupcakes.

I got Cookies & Cream for my husband, the Oreo lover, Chocolate Paradise for me, and their take on a “vanilla with vanilla”, which is all my boys eat.

I am sorry to say the cupcakes were a disappointment. I won’t name the bakery but they won an episode of Cupcake Wars so we thought we’d give them a try. My chocolate paradise cake, which I had been “warned” was not recommended for kids as it had a very strong chocolate flavor, failed to deliver. The cake itself was on the dry side and the frosting was so oily that I couldn’t taste any actual flavor. My husband’s cupcake was so dry it flaked off all over and the frosting was goopy. My oldest said his vanilla/vanilla cupcake was ok, but that he’s “had better cupcakes”. My little one ate about a third of his and said he wanted no more. All in all, none of us were impressed and I don’t plan on going back.

So we won some and lost some, but our Friday was nice overall. Now we are enjoying time with Steve’s parents who are back from a trip, and I am avoiding the outdoors because it’s over 90 degrees out there.

To all my fellow Francophiles, have a wonderful Bastille Day tomorrow!