Apologies for the delay in posting the next installment. I am almost 100% recovered from my elbow surgery, don’t have complete range of motion yet but every day is a little better.

While we were in Paris, we found out there was a Christmas Market going on, on the Champs Elysees. It’s like the Art & Wine festivals or Harvest festivals we’ve been to in the US, with lots of vendors from all over selling their wares, many of those were food items that had us drooling!

It was here that I had my first (of only two during the whole trip) Nutella crepes: 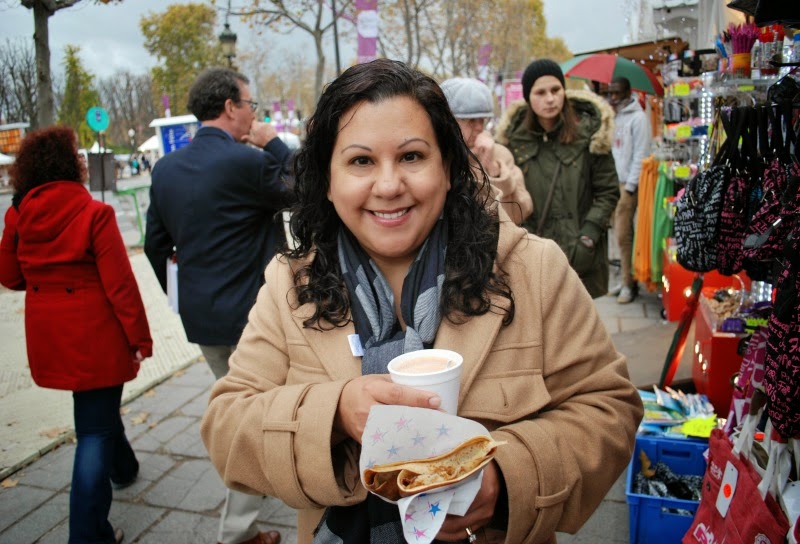 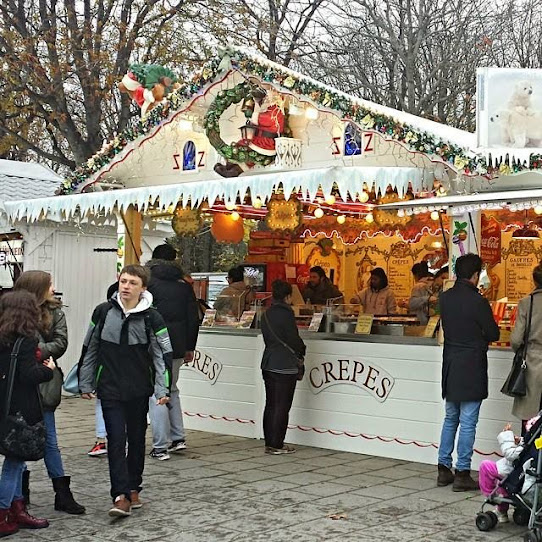 One of the vendors was selling these HUGE tiles of chocolate of all percentages – milk, dark, bittersweet, etc. 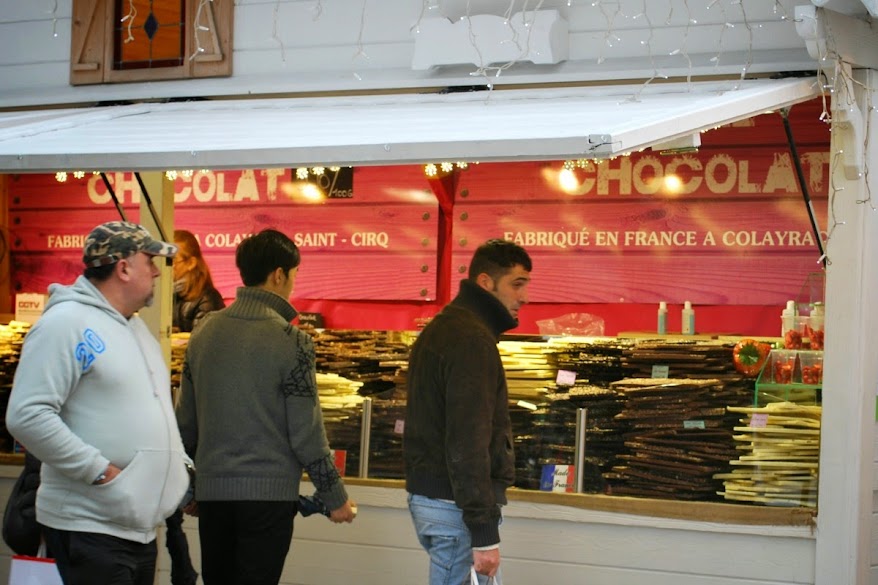 Several vendors were selling churros. Except they’re called by a different word in French: 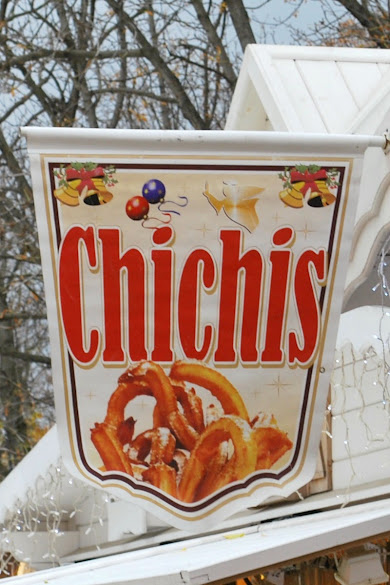 So, um, this is a word we Latin people use for uh, something else. Two something elses, in fact. Females have them, and you wear a bra over them. As much as I wanted some churros, I could not muster up the courage — or the straight face — to go and order some. 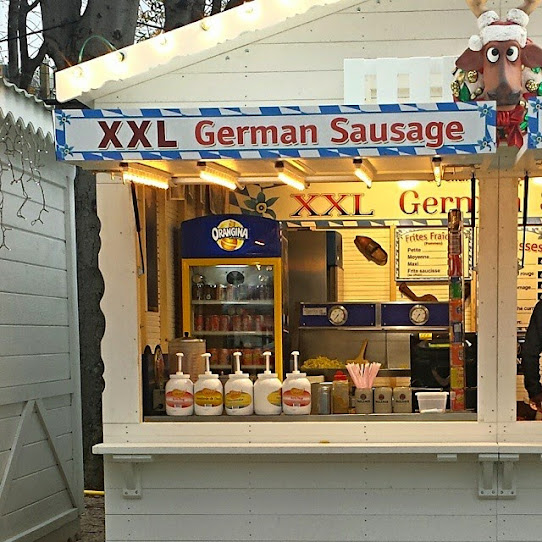 I did order macarons from a vendor that had just about every flavor you could think of. We were having friends over to cook us a meal and we were providing the dessert. 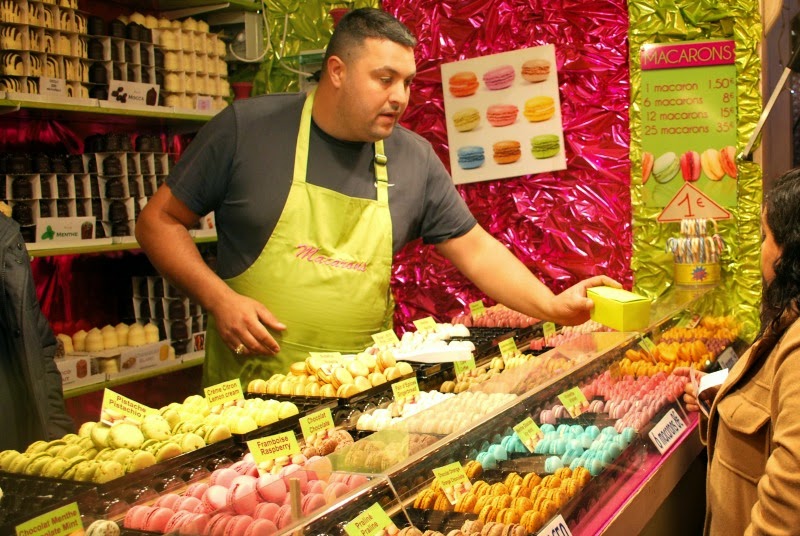 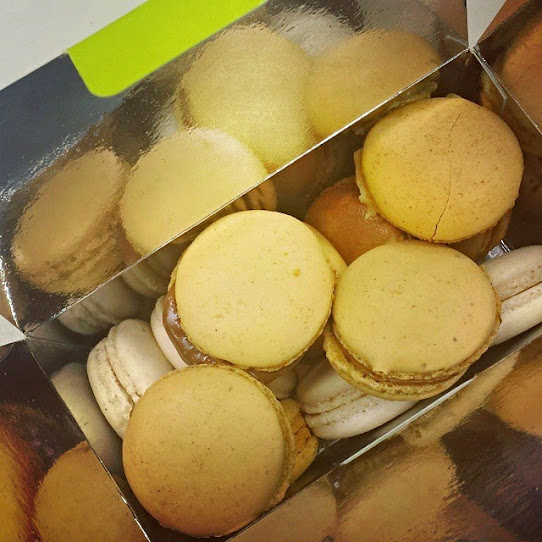 In that box are salted caramel macarons, vanilla, double chocolate, orange cream, and Nutella. SO GOOD. I think I ate three of them before our friends arrived. MY BAD.

The meal our dear friends F & B cooked for us was a raclette. This is a traditional dish where melted cheese is poured on top of cooked potatoes, meats, and vegetables. In our case, the potatoes were steamed, then sliced, and we had a variety of charcuterie. 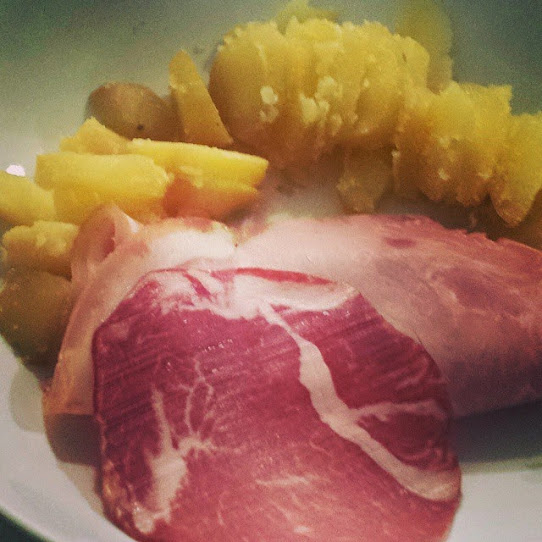 It was one of the best meals I’ve had in my life. The cheese was perfectly smooth and you just mix everything and eat it — or at least I did. We do not, as a habit, have huge meals consisting of potatoes, meats, and cheese, but that is changing, my friends, because I plan on trying my best to recreate this dish and making it our splurge meal. Good thing we will soon be somewhere with a reputation for good cheese. (More on that soon, I know you’re getting tired of hearing me say that)

And no, there are no more pictures because I was too busy stuffing myself.

Some of my favorite costumes, all made by Steve for the boys.
99% that witch. (Have to finish the sleeves).
Thank you @pinkfoxwoodshop for gifting me these awesome markers!!!