Ah, the much awaited leprechaun trap. Last year my son was in kindergarten and I saw all the first graders proudly parading their creations — and now it’s his turn! 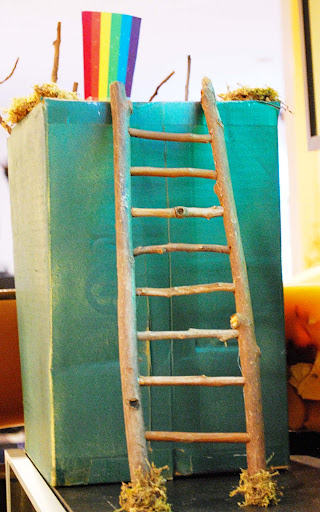 With his dad’s help, they created a seemingly innocent structure in friendly hunter green. A helpful ladder led to the top . . . 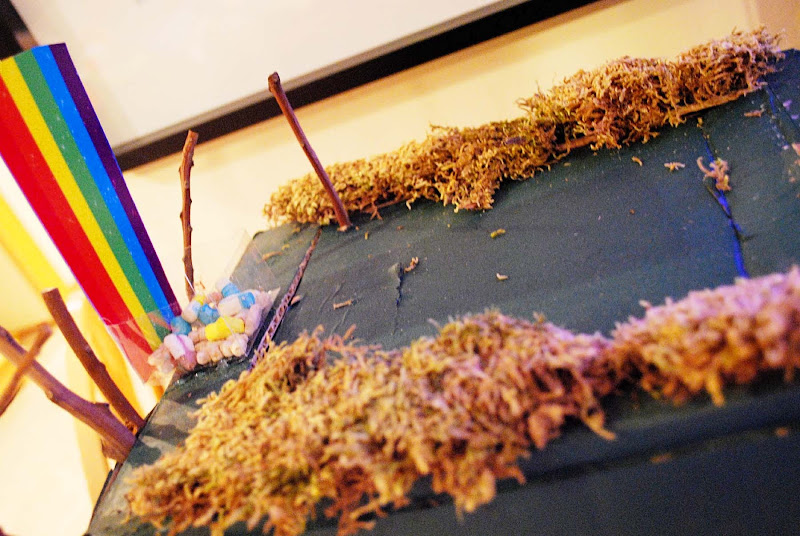 And what is that I see? A rainbow? And Lucky Charms?
Come on, little leprechaun, it’s only a few steps to the bounty!!!
Just ignore those lines of moss, they’re not hiding anything like cuts on the floor . . . 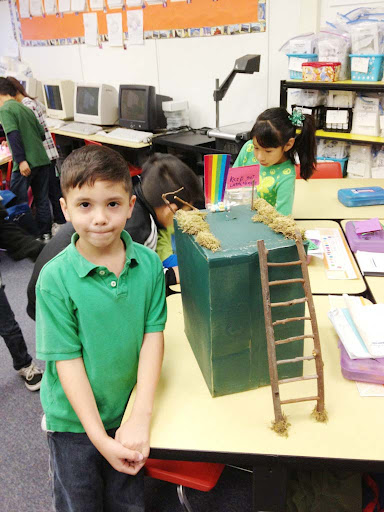 I think they’re going to catch one or two greedy leprechauns, don’t you think?