After our oldest’s awesome superhero party, we left the backdrop up on the living room wall for a few days.  Then it became a couple of weeks.  And by the time it was a month after the party, frankly, it needed to be taken down but we didn’t want to just trash it. 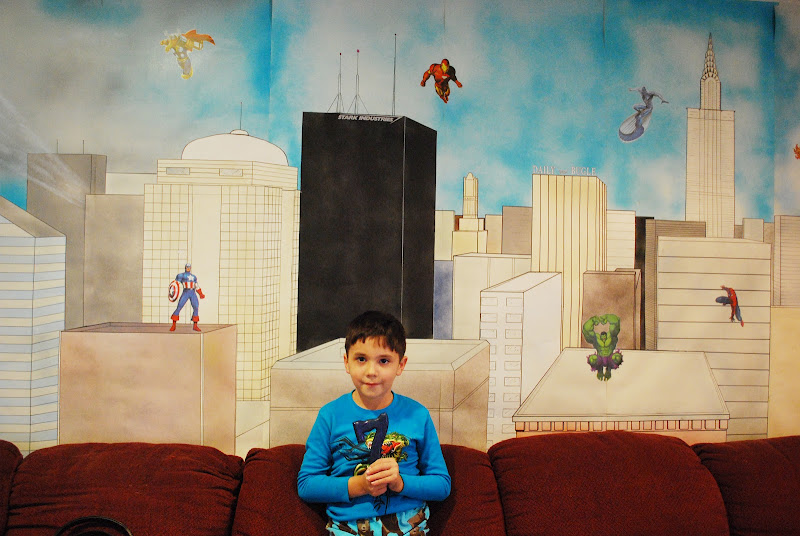 My boy on his birthday with the awesome backdrop made by my husband and his momma.

Our friend Jen – we have about 5 of them but this is my newest Jen-friend LOL – suggested we put it in our son’s bedroom. He’d been clear that he didn’t really dig the pirate theme and while we didn’t want to tear all of it down, putting up the butcher paper mural was a good compromise.

We cut down the entire thing (it was mounted on temporary molding) in one piece, rolled it as we went, then stapled it in Aidan’s bedroom. 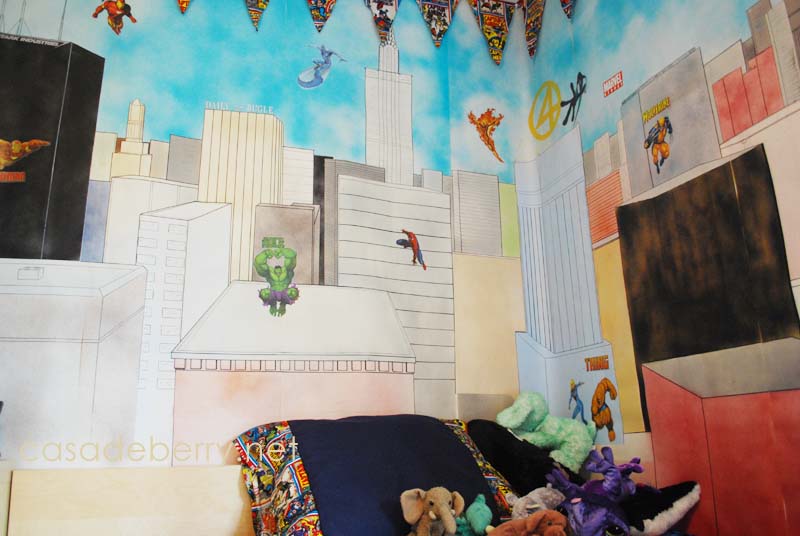 We might put up the molding, but for now it’s topped by a banner I made out of Captain America fabric.

The blanket was made (ha! more like hemmed a square piece of fabric) from Marvel heroes and villains fleece: 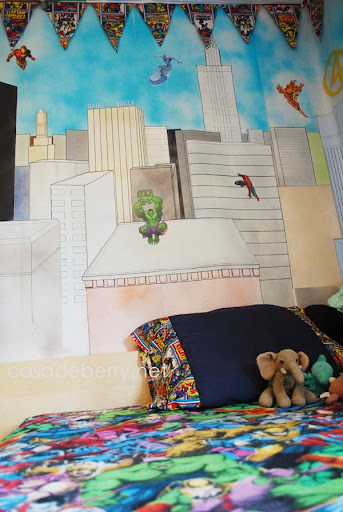 And I took the scraps of Captain America fabric to border a sham for his bed.

Aidan’s menagerie of animals to sleep with: 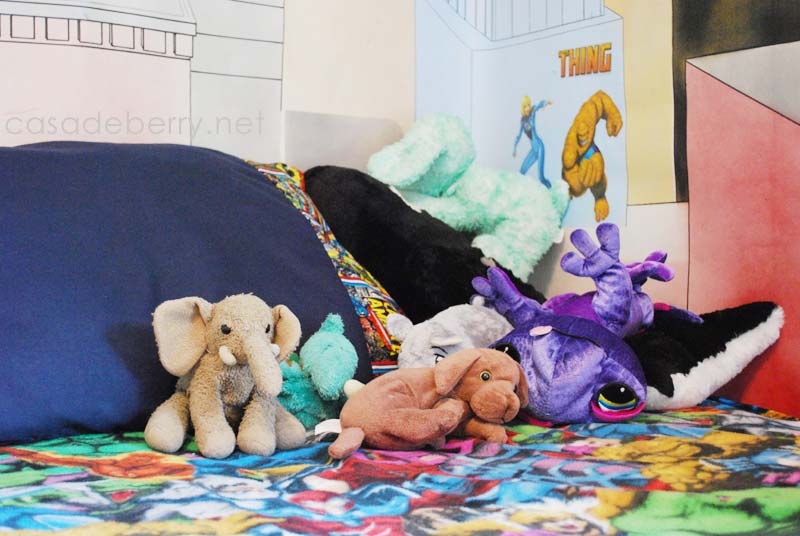 The little guy on the left, Soft Elephant, has been a trusted friend for almost 5 years now.

Our boy added some more superhero decals to complete his lair:

We were all happy with the result, and to be able to keep – for a while, at least, because it is paper, after all – this sweet backdrop for a bit longer.

I hope you enjoyed this re-purposing of the superhero birthday backdrop — I have an awesome makeover coming up in a couple of weeks. Have a great weekend!

7 thoughts on “From pirate room to superhero lair”