A few weeks ago I bought a set of stencils for super cheap. I think it was $3 or so. Mainly because the front stencil was of a fleur-de-lis, of course. I started on a flour sack towel I had leftover from another project. 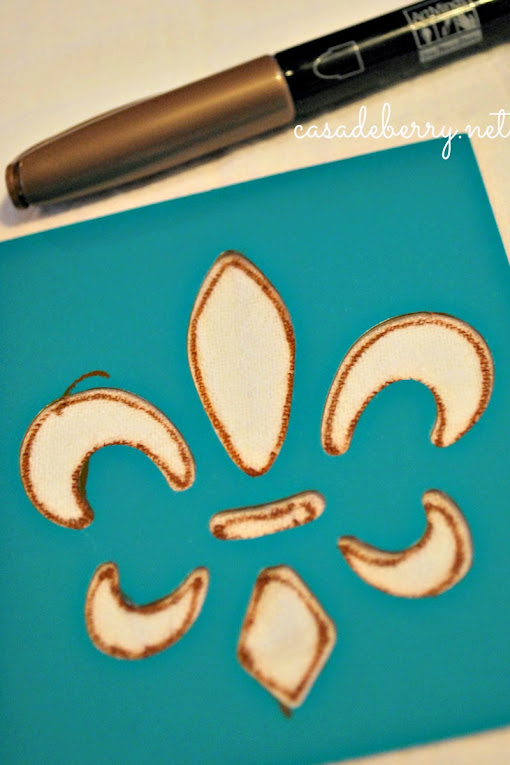 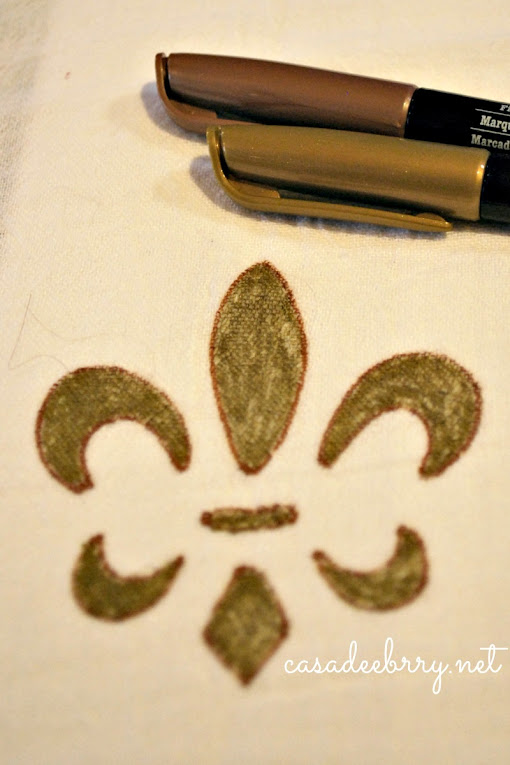 I was pretty happy with my first effort and since our new range has a handle for towels on the oven door, that’s where this pretty towel went: 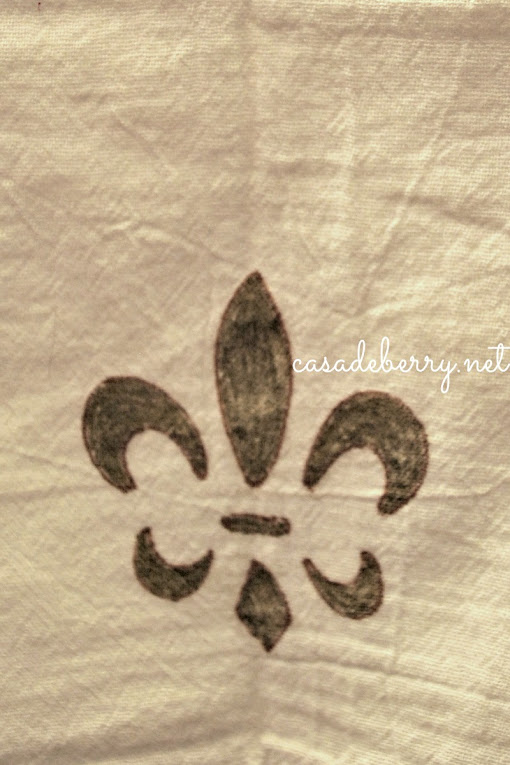 I also love the look of Moroccan tiles, so I chose the stencil that looked most like a similar tile to me: 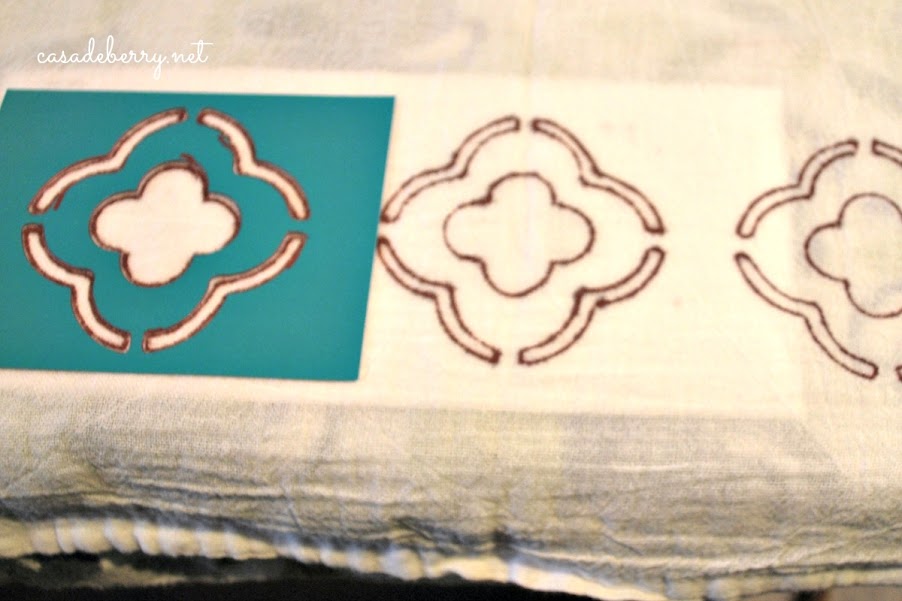 I did these in the dark red color and really like them: 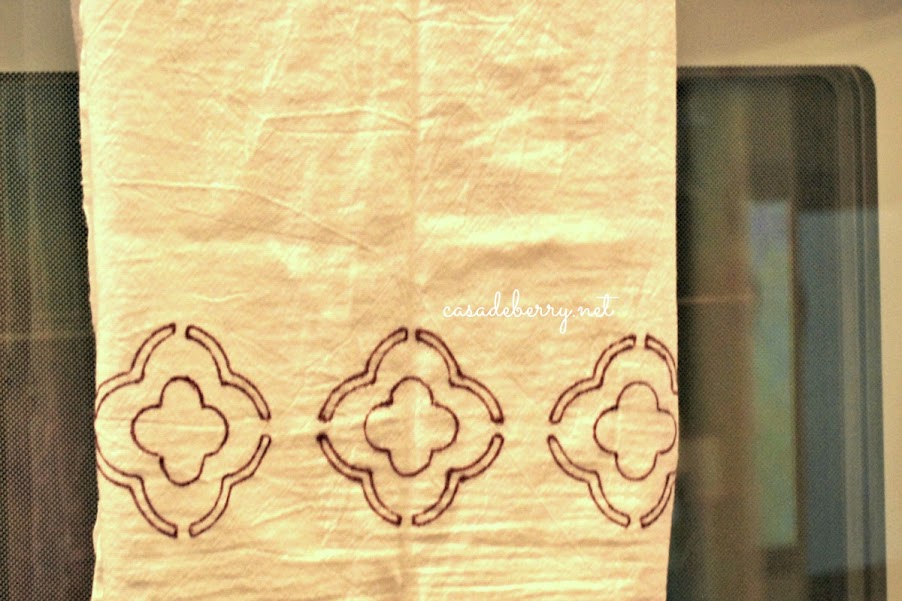 I just eyeballed it and didn’t measure the spacing or center, it was my first try and I just wanted to see how this went — and I’m really happy with the results. A super easy craft, under $5 per towel. Incidentally, I saw a deal on Tuesday of two towels for $35, with the same image as I used on my first flour sack towel project. Pretty crazy, huh?