I’m really trying NOT to rush the whole fall thing because two years ago my BFF and I decorated our houses for fall on the first week of August and it was November and we were still sweating in ninety-degree weather. But, I figure I’m not actually buying anything, just, ya know, talking about it, so hopefully I won’t jinx things too much.

The key for me is to know what suits me and what does not, because as much as I love this dress, that salmon color looks like ass with my coloring. And this shirt looks super cute on the model, but I have D-cups, and button downs are the bugbears of my wardrobe.

After all that ado, here are a few pieces in a coveting: 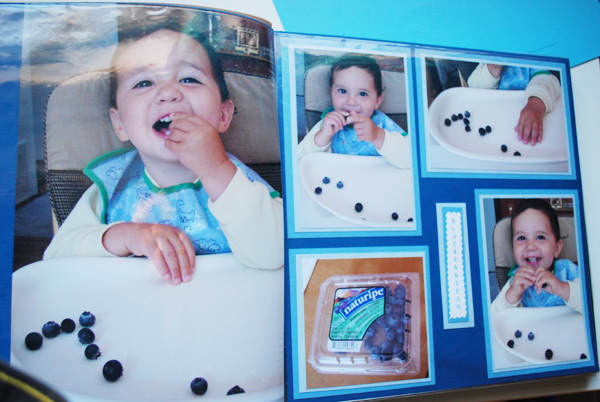 This is our oldest, about 6 years ago – holy moly – loving his blueberries. Now he won’t even glance at them but back then he could eat three of those containers in a row. And he had the charcoal gray diapers to prove it 😀

I’m still going through 400+ pics from our Pacific Northwest adventures, so for now I will share a few pics from our youngest’s birthday party. It was a small, sweet gathering: 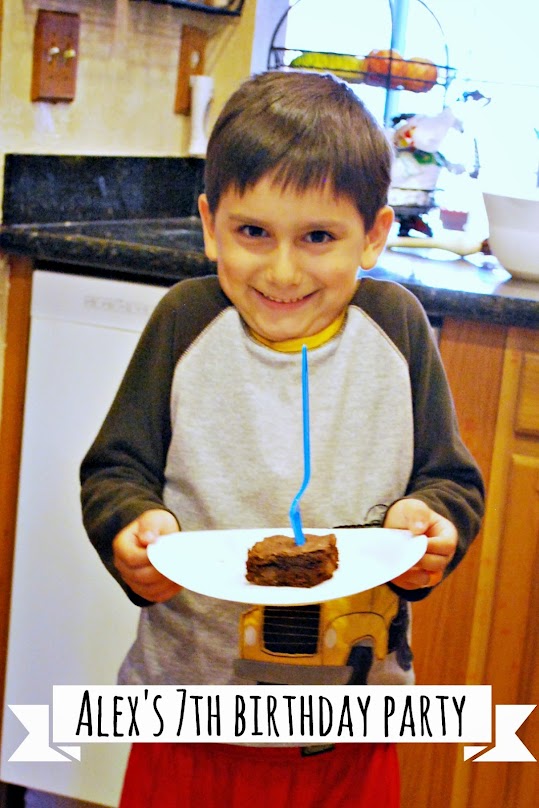 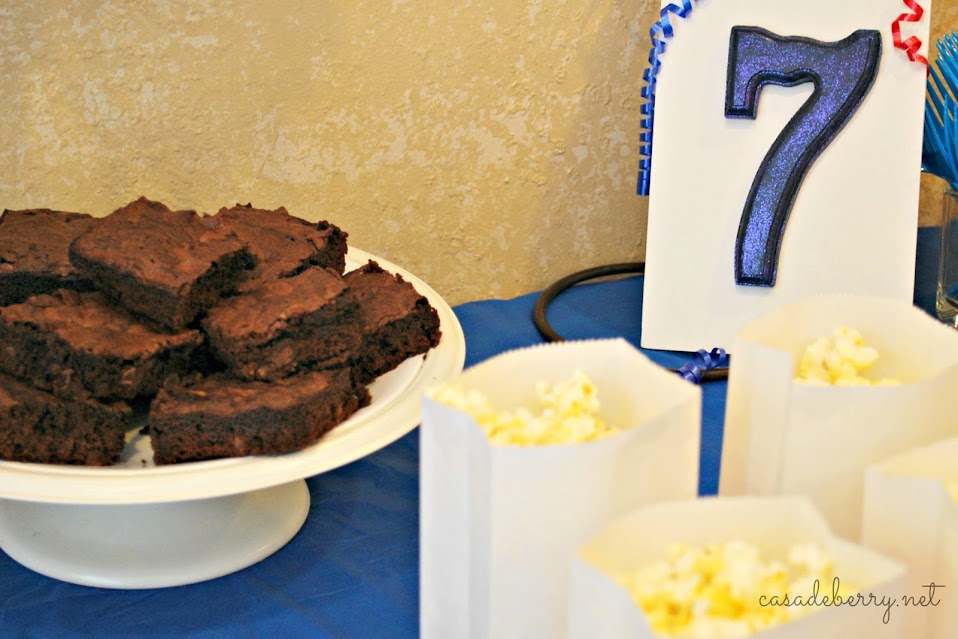 Aidan quality-tested the buttercream and declared it good. 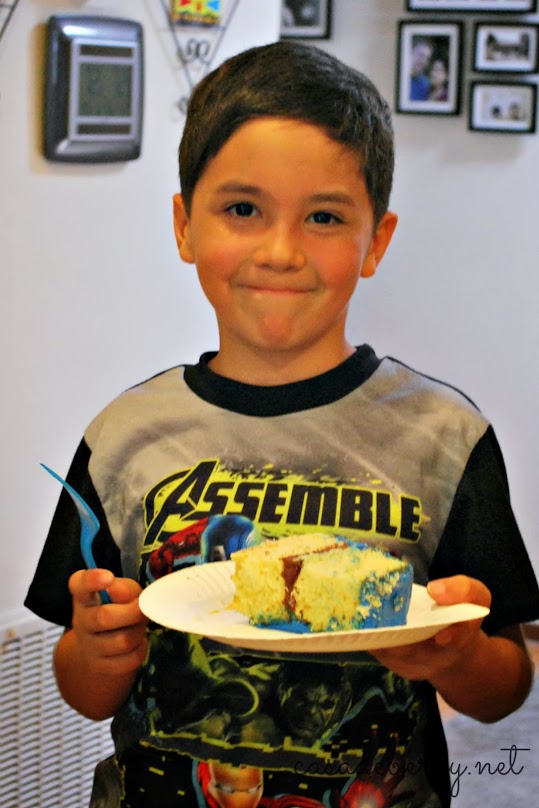 We inherited a pool from some friends so our boys and their friends had a blast playing in the water: 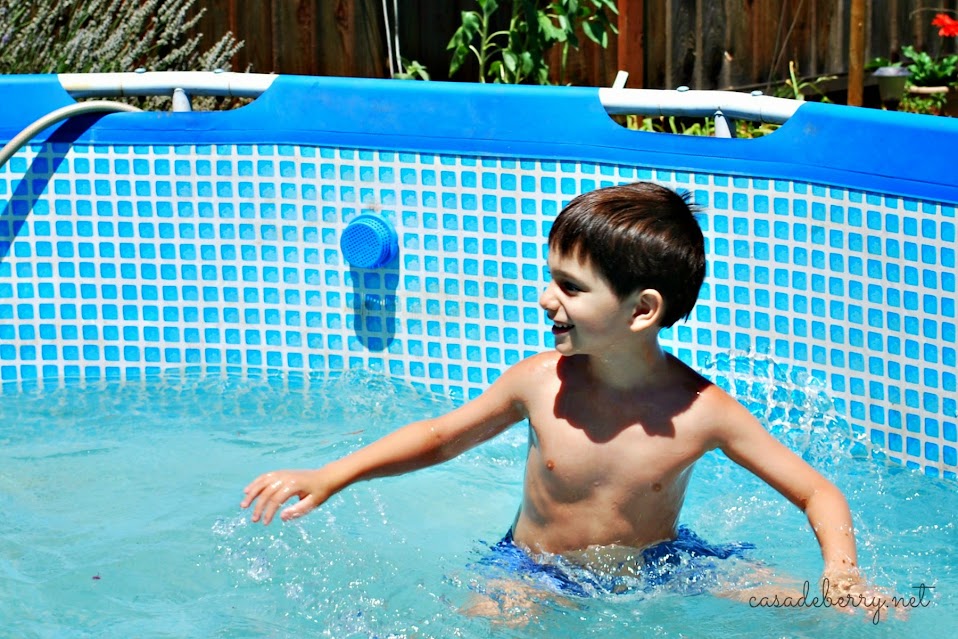 After the party it was time to clean up and get ready for our road trip, which started the very next morning — stay tuned! 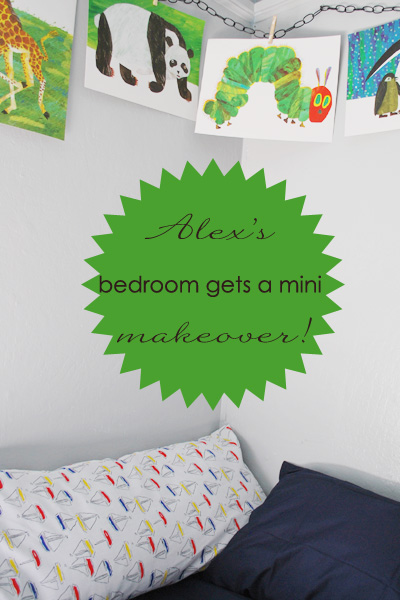 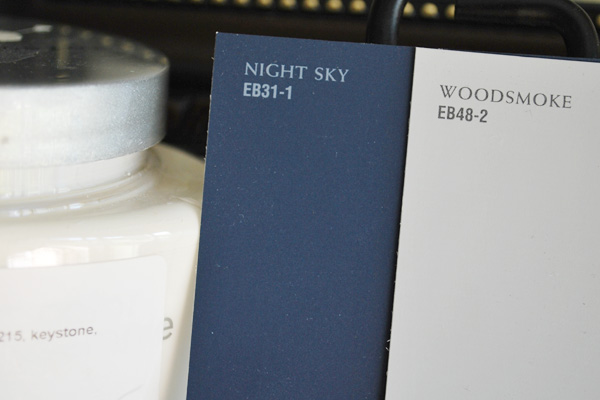 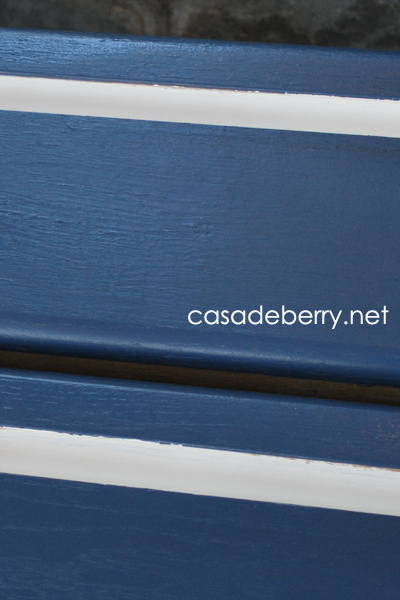 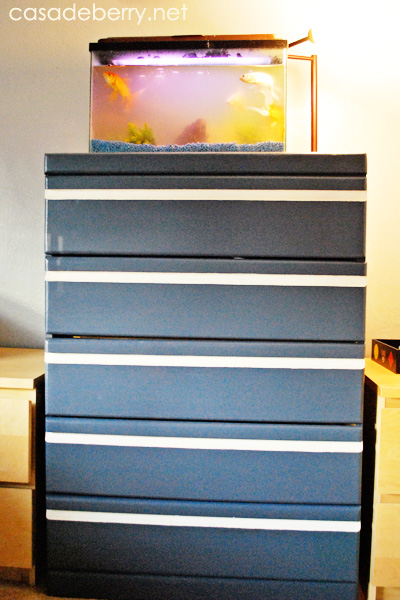 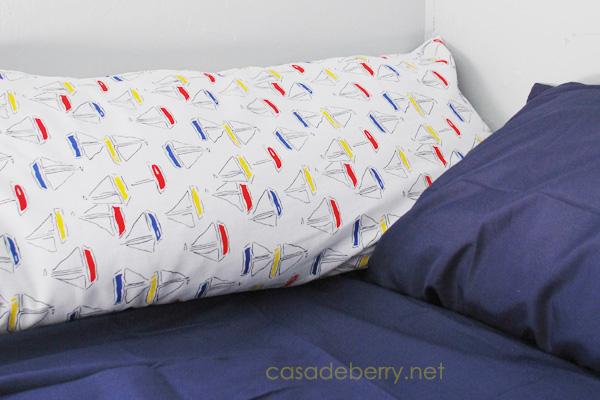 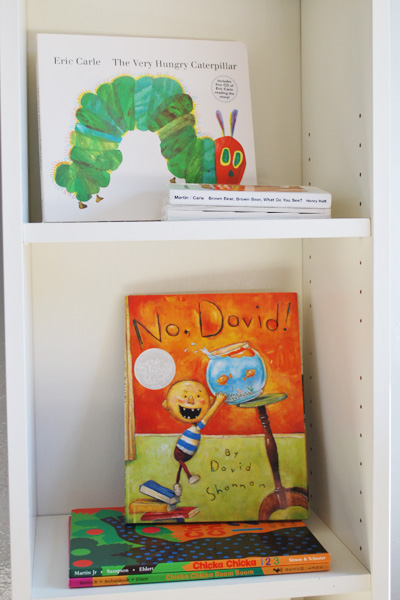 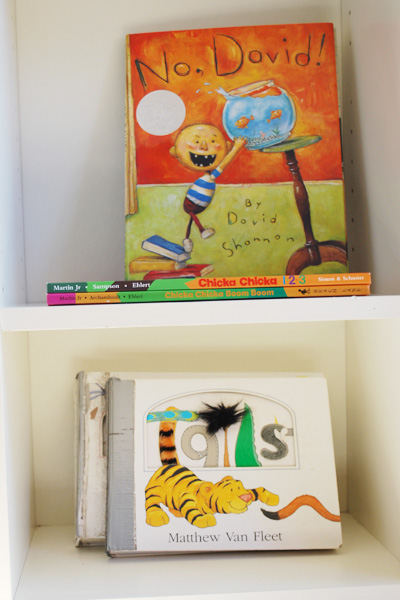 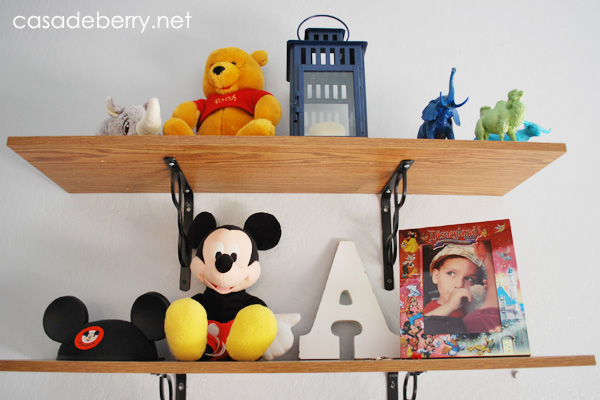 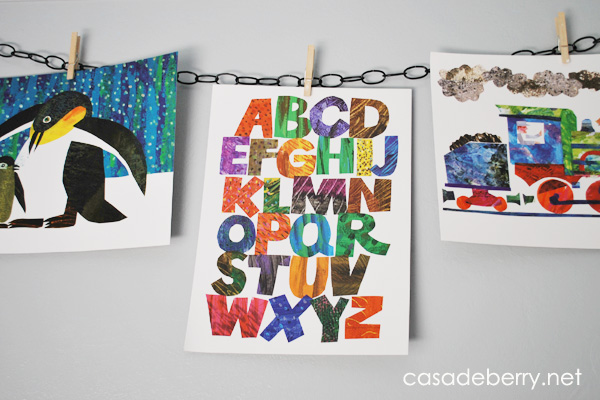 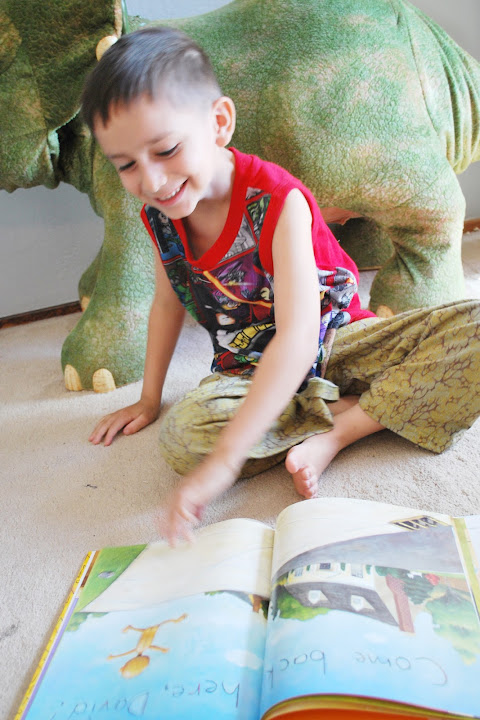 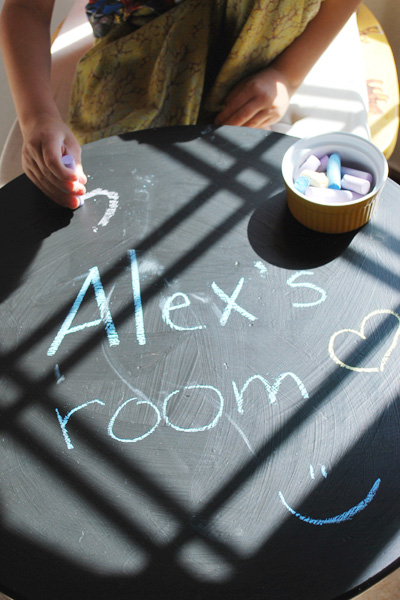 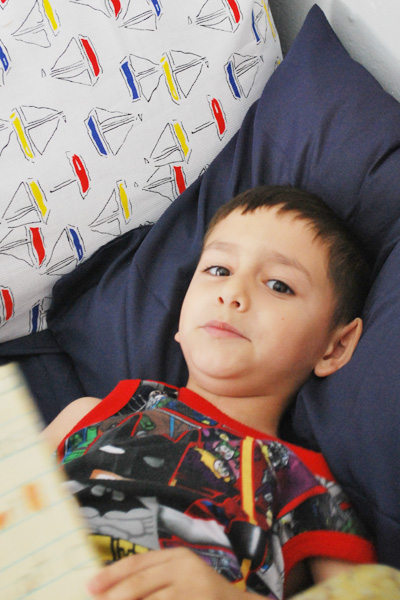 My youngest has a dresser I have been meaning to paint for months – it’s unfinished wood and with a good sanding and a nice coat of paint, I think it will look great. The other day I showed him a variety of “blues”, his favorite color, so he could choose the shade he most liked for the dresser. One picture was from a Better Homes and Gardens article on one of my favorite interior designers/bloggers – Emily Clark. My son, demonstrating excellent taste at his young age, chose the awesome rug in the picture as the blue he wanted for his dresser:

I love his choice, so I will bring the magazine to color match a shade for my boy, I think he will get a kick of seeing his choice of shade made into a can of paint for his dresser ;D

Also, I think I will add some off white accents to the dresser, just like the rug has, and maybe some brushed nickel pulls. My sweetie is very excited, he wants to go to the paint store and get his blue paint ready, I think this is going to be a fun project for both of us.

I was at Michaels the other day and saw a few ornaments I had to have, in my favorite colors of 2011 – turquoise and olive green. I added some items I had at home to complete the look.

From left to right: IKEA vase with Christmas greenery from Michaels clearance last year, Noel ornament and scroll ornament from current Michaels selection. I don’t remember where I got the snowman!!!
Target frame from 2009. Eiffel tower ornament from Pier One.
Cupcake pedestal, gift from my dear friend K, with garland we’ve had for years and glittery white candle. Little Christmas tree my husband put on my desk, it changes colors ;D Green lantern from IKEA.
Candlestick from Goodwill, spray-painted ORB with plan taper and the most fabulous peacock ornament, again, from Michaels. Their ornaments are 50% off so each of the three ornaments I got were $2.50 – $3.00 – score! LOVE print from Made by Girl.

So there you have my sparkly glam shelf – full of items that mean a lot to me (mini tree from my hubby, pic of my boys, gift from a dear friend) and items that make me smile, with the most beautiful sentiment of all, LOVE, as the background. Hope you enjoyed the peek into a corner of my world. Have a great weekend!

Yesterday my husband and I attended a party in honor of our friends J&M’s engagement. It was a J’s parents’ gorgeous home and everything was exquisite – from the delicious food (ribs, cornbread, to-die-for chocolate cake, etc.) to the decorations (everything in turquoise!) to the delicious baby I got to hold for about an hour or so. Little Logan is two months old and he slept peacefully in my arms, so I totally got my baby fix.

I figured the weather would be sunny but not overwhelmingly hot, so this is what I wore. Except my fab babysitter said she liked my chunky bracelet better, so I swapped the hoop earrings for diamond studs.

I love this top from Old Navy, stripes are in but no way in H-E-L-L am I doing horizontal stripes so these are flattering and the scale is graphic but not crazy. The bag, skirt and wedges I had, and I felt comfortable and appropriate.

We had such a great time celebrating the future marriage of our friends, it was the perfect end to our week.

Yes, I am obsessed. Not with searing-hot. burn-the-top-of-my-head, give-me-a-headache heat and sun, but with the opportunity to stroll around wearing colorful, floaty outfits. Ahem.

Anyway, I am loving blue/gray with the pops of orange here:

I love going to the farmers’ market. There is a small one near me but a pretty large one a few miles away. The small one is on Friday mornings, and you’d think I would have managed to go there while the boys were at school, but no, I haven’t been there in years. For the large one, either my husband has to go with us, or he has to stay home with my little guy because he just loves to drive his mama batty by running off in whatever direction tickles his fancy.

This weekend is supposed to be a rainy one, and while I LOVE the rain and the cold, I miss strolling around, perusing the different stalls, getting little samples of organic goodness.

I put together this little outfit and will wear it as soon as the weather allows!

I know, I know, so very exciting. But you see, we haven’t bought new towels in about, oh, 6 years? My husband had his, I had mine, we didn’t register for them, and aside from some towels we have received as gifts, we’ve been using the same old, same old.

World Market had some on clearance – 50% off – that I thought would look smashing in my yellow bathroom, and I had one of their ‘$10 off/purchase of $30 or more’ coupons, i.e. 33% off. I lie. I had TWO of their coupons, one from a flyer I get in the mail, and one because I signed up for their Explorer program. Go sign up, it’s free.

Mine are the Jade Green Quito striped towels and I LOVE how they look with my warm yellow walls and our newly painted chocolate brown fixtures – my hubby did that for me and I love how it looks:

I got to debut my new towels for a lovely family get together we had on Saturday. My beloved Auntie and Uncle from Peru are in town and I had the pleasure of having them over for the afternoon. We had tamales (sold by a sweet old man who comes by every two weeks), lasagna, and a sinful dessert concoction that was too rich for words.

Then the next day I had an allergy attack like I haven’t had in months. Boo. I sneezed all day long and felt like crap warmed over. Thank goodness it lasted its usual one day and on Sunday I was feeling much better.

Hope you had a great long weekend!