Our oldest’s fourth birthday was all about dinosaurs. He knew the names of dozens of dinosaurs, what they ate, how they fought, etc. My husband decided to make a piñata worthy of his firstborn’s obsession. 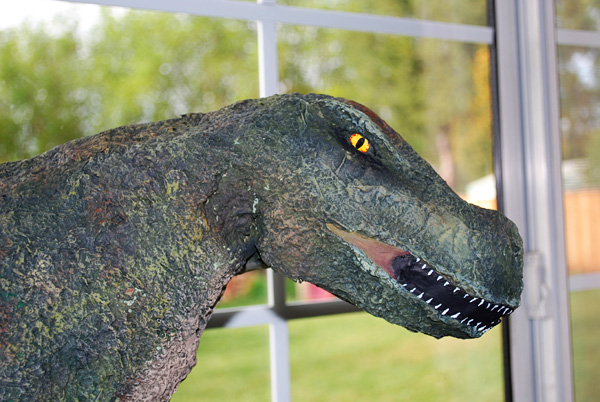 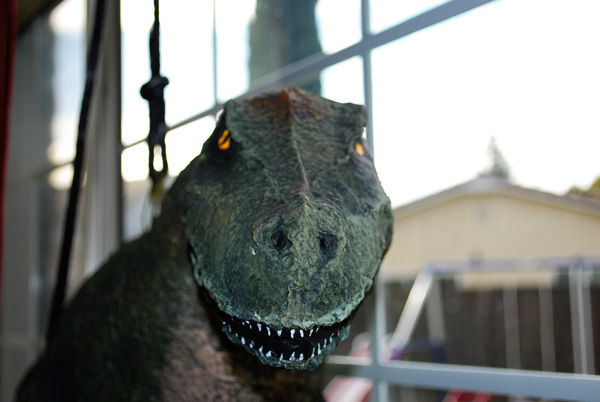 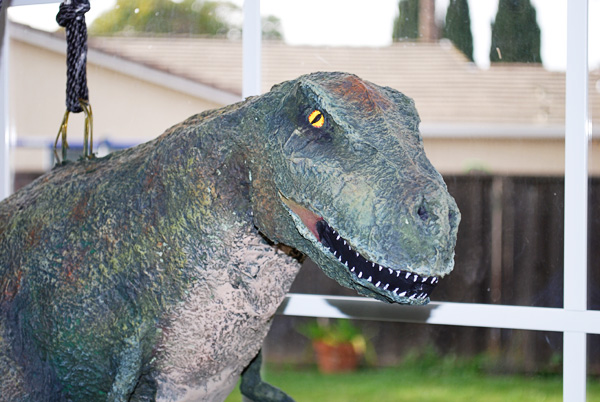 I think it came out pretty fricking fabulous! It was made out of balloons covered in paper-mache.

Our boy was pretty happy with his piñata: 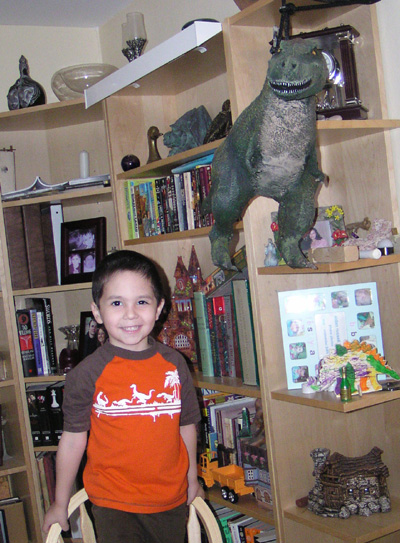 However, there was one little problem.

My husband had done such a good job ensuring the piñata was sturdy, that no one could break it. The birthday boy’s dainty whack certainly didn’t do the trick ;D 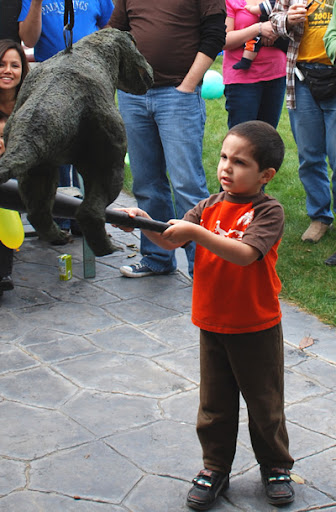 Three rounds later, all the kids were tired, so my husband decided to give it the old coup de grace and end its misery. 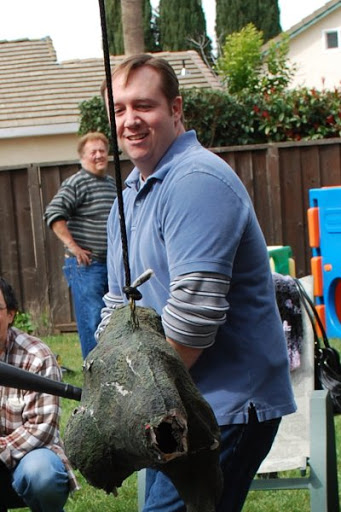 There was tons of red confetti inside, along with candy so when the piñata was opened (ha) it would come out like blood. My husband likes to be realistic that way.

We still have the head on our bookcase, along with some costume heads – I said we should mount them like hunting trophies, what do you think?

6 thoughts on “Past Project – Piñata Time!”