2012 has been an eventful year here at Casa de Berry, so I thought I would do a little Top Ten thing and recap the most popular posts of the year.

* I did tweak the results a bit in that several posts about our son’s Superhero party made the top ten. The #1 post is unchanged, but I did add the other superhero party posts in there since they were all about the same event.

10 – Chloe’s Kitchen Cookbook Review – In an neverending quest to make our family eat healthier, I got this cookbook after seeing Chef Chloe win Cupcake Wars with her vegan cupcakes. We’ve tried many of her recipes and have never been disappointed.

9 – The Xenomorph from Alien – Another amazing creation by my husband. Our oldest hasn’t seen the movie but he did see the monster in a video and requested a costume for Halloween. Steve obliged, even forgoing sleep the night of October 30th so he could finish every detail. He watched proudly as our boy strutted his stuff at the school parade 😀 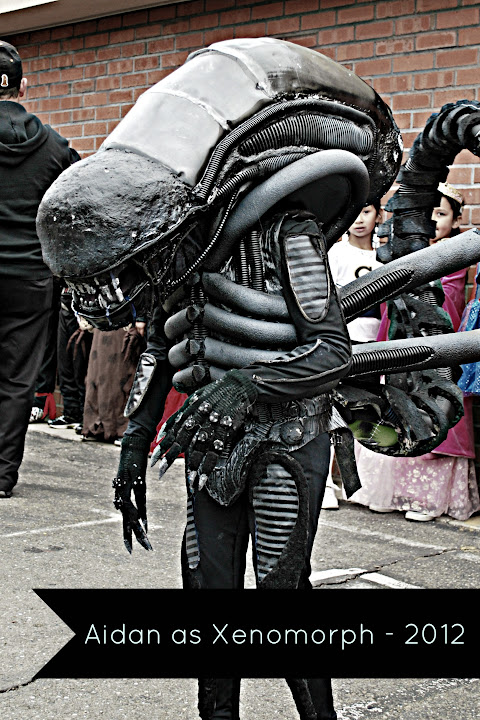 8 – It’s Scary Out There! – Our Insane Asylum-themed Halloween decor was a hit with neighbors and you, lovely readers. 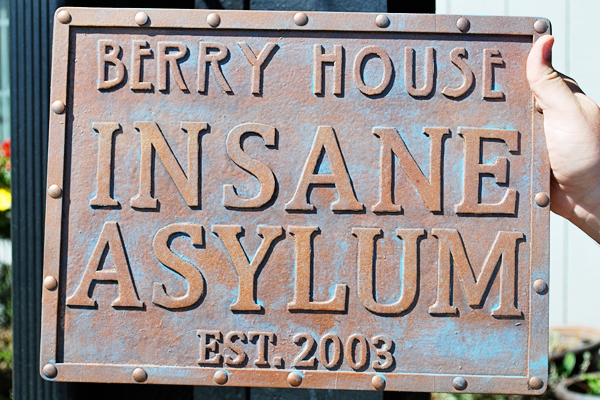 My husband made this fabulous sign out of an old puzzle tray we had laying around.

7 – Our Garden in May – Our garden thrived this year, we had many, many tomatoes, grapes, avocados, pears, greens, blueberries, etc. 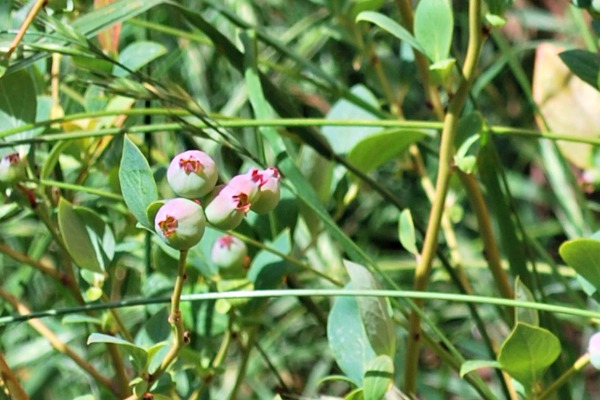 I am already starting to think about the 2013 planting season – whee!!!

6 – Dining Room & Kitchen Makeover – Where our dark, cave-like eating and cooking areas get lightened up. We LOVE the new look! 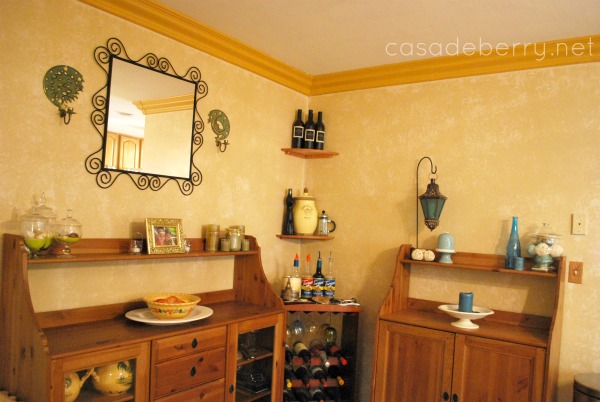 5 – Lego Birthday Party – It was my youngest’s time to choose and he chose his beloved Legos as a theme. My husband rocked the pinata, I made some Lego cakes, and we all had a great time! 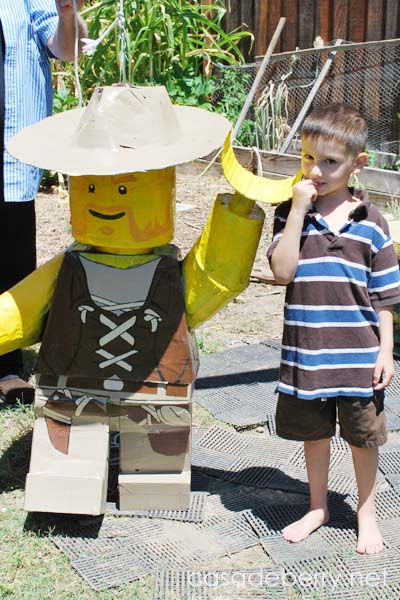 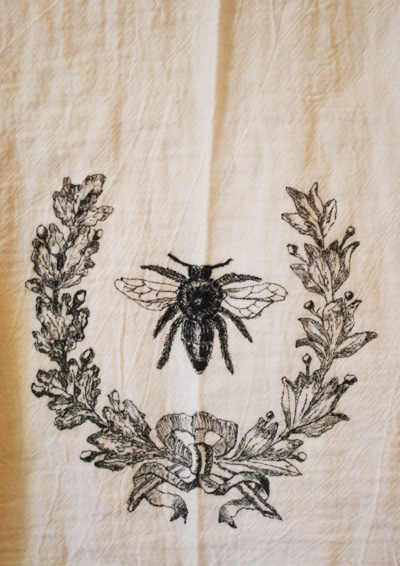 3 – Button Initial Art – I got an 8×10 canvas on clearance and decided to make an initial with buttons. I’ve seen this all over Pinterest and many lovely blogs and was very happy with the way it turned out.

2 – Stereo stand to Craft tower – An old stereo tower had been languishing, collecting dust, and not being very useful at all, so I grabbed some spray paint and lovely peacock paper and transformed it into storage for my craft supplies.

And the most viewed post of the year was . . .
1 – Superhero party background and decor!!!! My husband and his mom – both very talented, created a mural for the Superhero birthday party. 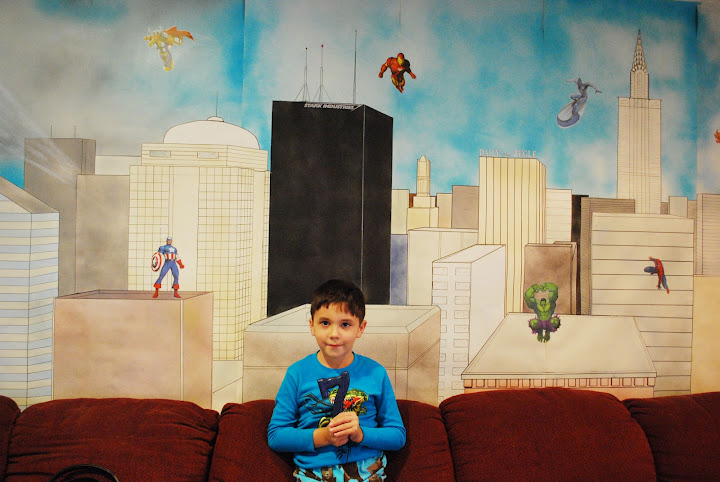 It was hand drawn on butcher paper, the buildings spray painted, and the details painstakingly drawn on by hand and/or printed out (such as the lettering on the Daily Planet) and attached. The mural was the centerpiece of our boy’s party and afterward it was moved to his bedroom, where it covered two of the walls.

Here are the links to other posts about the birthday party – Masks & Capes, Superhero Cakes, and Superhero Party Invitations.